The store will not work correctly in the case when cookies are disabled.
Skip to Content
Home Featured Products Buffers
Compare Products
MedSupply Partners 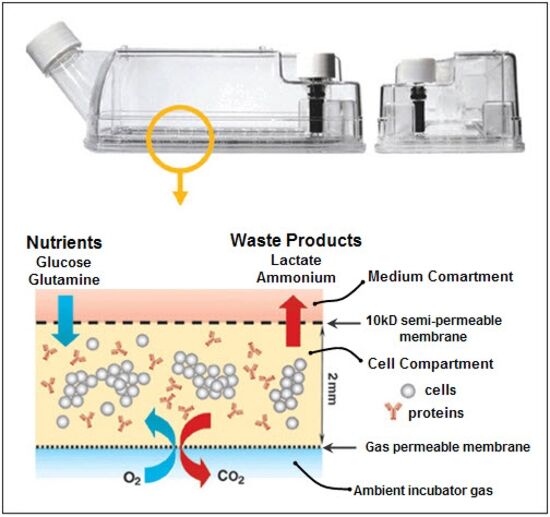 Skip to the beginning of the images gallery

CELLine™ Flasks, invented and manufactured by Wilson Wolf, allow high density cell culture in a format that is as easy to use as traditional flasks. High density cell culture is an extremely cost effective way of collecting cell secreted products or minimizing the use of exogenous growth factors such as serum. CELLine™ Flasks are highly efficient devices for the production of monoclonal antibody, recombinant protein, exosomes, and the like. Because CELLine™ Flasks are so cost effective and easy to use, they are used in most hybridoma core labs on a worldwide basis.

Unlike any other devices designed for high density cell culture, CELLine™ Flasks do not need any special equipment. Furthermore, they are as easy to use as a traditional flask. ..

The key to high density is attained by making the distance between the gas permeable membrane and the dialysis membrane very small. Since cells, cell secreted products, and most exogenous growth factors exceed the size of particles that can move through the dialysis membrane, they remain trapped in the small volume of medium residing in the Cell Compartment. By making the Medium Compartment large in volume, a large source of substrates such as glucose can move into the Cell Compartment and a large amount of waste products such as lactate can be absorbed into the Medium Compartment. Meanwhile, cells and cell secreted products remain trapped in the Cell Compartment, where the cells are in optimal position for gas exchange.

The concentration of cell secreted products is substantial. For example, a hybridoma culture in which 20 µg/ml of mab is present in a standard flask will typically reach a density of between 1 and 2 mg/ml in the Cell Compartment of the CELLine™ Flask. In this manner, downstream processing is greatly simplified.

The CELLine™ Flask is an excellent choice in a variety of applications including monoclonal antibody production, recombinant protein production, exosome production, or any application in which reducing the use (and cost) of exogenous growth factors is desired. ..